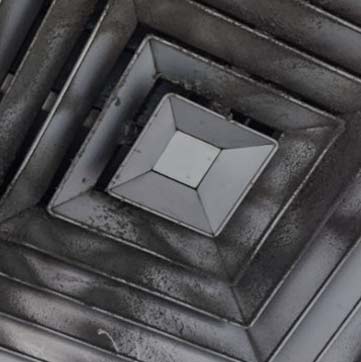 What It Means When Dirt Blows Out of Your Air Ducts

A number of years ago a furious woman called our office. An HVAC contractor had just installed a new motor in her home’s furnace. Then he turned the unit on. Dirt and dust blasted out of the registers. All over her beautiful carpet. All over her paintings. All over the grand piano.

She collected $25,000 from her insurance company, and they went after the HVAC contractor.

Hers was not the first such call we had received. In fact, this is an occasional error among even the most competent HVAC contractors. He installs a new or more powerful motor. Or perhaps he fits a new air handler onto existing ductwork. The ducts get banged and shaken during the installation process. Maybe the duct interiors were already laden with dirt the old unit was too weak to blow out.

Now comes the moment of truth. When the switch is flipped, will the HVAC contractor get fresh air or a dust storm? Most often, he won’t know for sure until he squints his eyes and turns the unit on. The only way he’ll be certain is if he cleans the
ductwork first.

We’ve seen these dust explosions occur in houses, in operating rooms, and in the president’s office of the largest medical center west of the Mississippi—all over the boss’s $2000.00 suit.

To avoid dirt blowing out, the general rule of thumb is the ductwork should be cleaned when:

Of course, common sense should be used. If the ducts are relatively new (less than 5 years old) or are visibly clean, you probably won’t have a problem with them.

Some contractors try to economize by taping cheesecloth over the registers to catch the initial blast of dirt when the unit is turned on. This might work or it might not. It depends on how dirty the ductwork is and how much particulate is loose (and how fine your cheesecloth is). Sometimes only a one-time burst of dust occurs, and sometimes it just keeps coming.

Even without being disturbed, HVAC systems can start discharging debris. In fact, our surveys have shown that “dirt blowing out” is one of the top reasons commercial building owners call for duct cleaning.

Most experienced contractors have walked into offices where employees have taped file folders or cardboard over the registers above their desks to prevent the dust spray when the air conditioning kicks on.

We had a client, a college, which experienced the shower of particles every Monday morning after the HVAC system had lain quiet -over the weekend.

This constant problem of “dirt blowing out” is normally simply a very dirty duct system which needs cleaning. There could be contributing causes, of course, such as gaps between the filters or duct leakage. Whatever the cause, once a duct system
has built up so much dirt that it begins to discharge it, there’s no real cure except a thorough cleaning.

One Japanese study showed that dirt begins to blow out of ductwork once it reaches a depth of .8 millimeters. This may not be true in all cases. Factors such as adhesion (how easily the dirt sticks to the duct) or fan power can determine how much the particles stack up in the ductwork before they come out. Most experienced contractors have seen dirt in ductwork an inch deep or more.

Although much is said about indoor air quality these days, complaints and causes of poor indoor air can often be vague. Often duct cleaning may not help.

But when an A/C contractor sees desks and window ledges layered with particles and the office workers point to the dirty diffusers and complain of “dirt blowing out,” the problem is fairly obvious. And so is the cure: Clean the system and investigate for causes.

And when it’s time to install a new blower or new air handler during a retrofit, give a second thought to those ducts. A cleaning could make the difference between a satisfied client and a sour one.